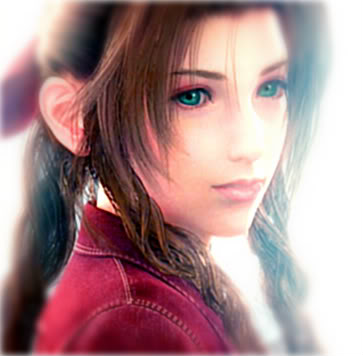 Hi, I am Chrysalis.

I have been a fan of Final Fantasy games for over 20 years, and first played Final Fantasy 7 when they released the playable demo back in 1997. That demo included the part of the game on the abandoned corel rail line. I was immediately hooked.

I first got my hands into modding a decade ago on this game, but it as only recently I put more time into it with motivation to make a new Menu Mod, my motivation primarily been that the mod would be as compatible as possible with other mods and also stick to as much as the Final Fantasy 7 theme as possible, whilst this isnt to everyone's taste's it is what I wanted. I decided to share with the community so here I present Enhanced Stock UI.

The mod also includes a minimalist battle theme as an extra for those who want to see as much as the battle field as possible. Whilst still keeping key aspect's of the UI visible such as barriers and and magic support information.

Tools used for creating this mod were.

Cheat Engine for live hext editing to adjust alignments
makoureactor for extracting texture files from game, and
Omega for converting those texture files to images
Gimp for editing the UI asset files, and upressing them.
I also used some images from the older MO mod such as the menu font.
7th heaven for packaging the mod to be used with 7th heaven.

The mod makes the following changes to the stock game.

Here is the download link to the mod. To be used with 7th heaven modding tool.

Credit to EQ2Alyza as well.

If you wish to donate as a thank you for our work, then you can do so here.

Also now compatible with the FFNx Driver by TrueOdin to use the DDS format.

If you are unsure on what the FFNx driver is, you can get info on it here:
(Install instructions are also here)
https://github.com/julianxhokaxhiu/FFNx#ffnx

Images below, comparing to vanilla.

Image of the minimalist theme, which has no battle boxes.

Hi guys. Glad to announce this mod is now part of the tsunamods group of Final Fantasy 7 mods.

I will be posting on the tsunamods discord testing versions over the coming weeks, I ask that you do not upload these anywhere, these are only to be distributed by me on the tsunamods discord. These will always be odd numbered versions, stable builds will be even numbered going forward, so when I push stable builds out on the 7th heaven catalog, if it is newer than the test build then you will be able to update the normal way.
Top
Post Reply
3 posts • Page 1 of 1