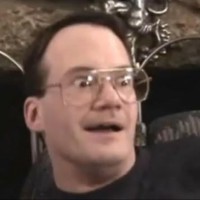 Formerly known as "Bonez' Sound Effect Suite". Cosmo Memory uses the new FFNx SFX engine and is an entirely new mod rebuilt from the ground up with a ton of new features. This project started out in 2018 as a little mod to just replace the FF7 menu sounds with the menu sounds from FFXIII. Since that time, it has evolved into something far more... After following the community and modding the game for several years, I noticed the graphical and musical mods were growing and advancing but the sound effects department was totally stalled. I mean, it's an entire 1/3 of what your senses are taking in, along side the visuals and music! I wanted something to match the beautiful/advanced graphical and musical mods provided by the very talented authors/creators of this community... So, I present to you Cosmo Memory: A Complete Sound Overhaul.

-Adjust your music volume accordingly depending on your music mod selection. I recommend 60% music-volume and 100% SFX-volume with Tsuna Arranged and EDMusic.

If you enjoy the mod, consider a little something for the many many hours it took to put this together: Donate Here
Top
Post Reply
1 post • Page 1 of 1